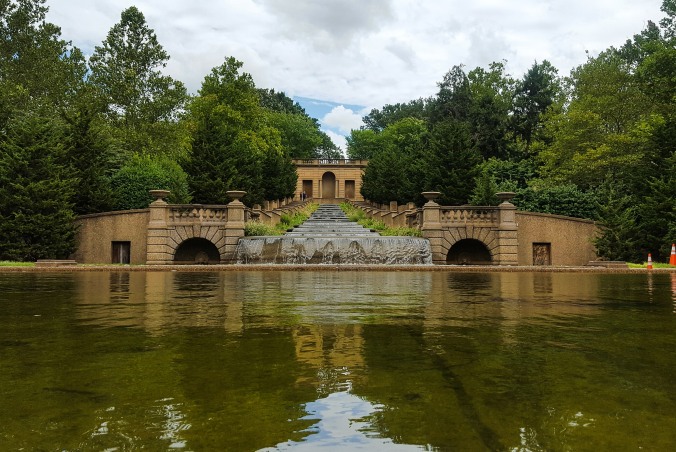 I haven’t been around much lately. No, I haven’t been on some epic vacation in an exotic location. My journey was a little more off the beaten path. I spent the last few months taking a very intensive course in tour guiding, and I am now a licensed DC Tour Guide.

There are a lot of things that led me to tour guiding, and one of them was this blog. For the past year, I’ve been sharing my adventures and insights with all of you. Most of the time, my story is also the story of DC and of discovering the trails and hidden spaces that exist in this city. And since, deep down, I’m still the same person who spent four years pursuing degrees in American History and American Studies, I’ve found myself retelling DC’s story on the pages of this blog.

The more I’ve researched DC to write these pieces, the more I’ve looked for other ways to share the District’s fascinating history. Becoming a part-time tour guide was the logical culmination of my search.

END_OF_DOCUMENT_TOKEN_TO_BE_REPLACED 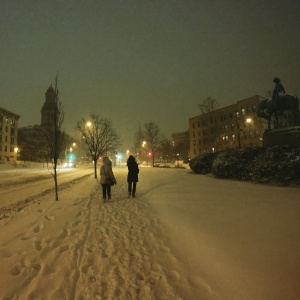 By the time I moved to DC in August 2010, I was done with winter. It’s funny, the winter of 2009–2010, one that brought Snowmaggedon to the DC metro area, wasn’t even that bad in Massachusetts. But after six years of New England winter, I couldn’t take another nine-month stretch of cold weather.

In retrospect, I grew up in an endless summer. I thought we had seasons in North Florida, but I had a limited reference point for understanding real seasonal changes. I knew moving to Massachusetts for college would give me a winter experience like I literally never had before. But I’m from a family of Floridians, I had no idea what that meant. I was pretty helpless those first few months up north. I had no idea that I didn’t own enough socks. I had no understanding of correct layering techniques. I didn’t even fully grasp that snow was wet.

My first real snowstorm of my first real winter was this one. It started fast and furious on January 22, a very memorable date since it also happened to be my 19th birthday. I remember being nervous and scared as the cloud ceiling dropped so low that I could almost touch it – and then the first snowflakes began to fall. We planned ahead and managed to get Chinese takeout before the snow and one of my more enterprising friends scored giant tubs of ice cream from Usdan’s cafeteria. My friends and I hunkered down together in the Cable 2 lounge and when more than a foot of snow had fallen, we ventured outside for a snowball fight and my first snow angel.